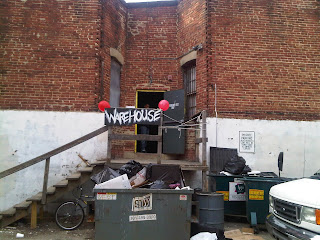 I was asked by Edward Daniels, a friend from my University of Virginia days, to travel down to the Warehouse Theater in Washington DC to be a guest judge for Monologue Madness, an acting competition he created. It was a great time. Like the NCAA basketball tournament, this was divided into rounds and the actors competed in pairs until there was a final 4 and then a victor.

It began with a comedy round with 54 actors. Some had placed high enough to go ahead to the next round. They had 1 minute to do their pieces. At 50 seconds, they were given a warning and then the stage manager would call “time” if they went over. The second round, with 32 actors, was dramatic. The third round of 16 was classical. The fourth was a cold read of an Eric Bogosian monologue. The final 4 were given an adjustment to one of their earlier monologues. We scored each 0 to 10, with 10 being the highest.

It went by fast and took less than 4 hours. Even if a piece wasn't well prepared, it was entertaining. The audience was receptive and supportive of everyone. For me, it was nice to see that many actors I didn't know.

Some things about doing audition monologues held true. Never sit in a chair, unless you HAVE to do so, especially when doing comedy. No one wants to see an actor doing their prep. Jump in. Swearing is more common but some things are offensive, no matter what the words are used. And actually working, rehearsing and repeating your piece 200 times gets you further than thinking about your piece.

Some of the most talented people were not as prepared as others and only made it half-way through. A 9-year-old girl made the final 4. I think the people who put in the most hours of rehearsal were the most liberated.

One thought on “Monologue Madness”